Nate and Bianca moved into their one-bedroom apartment at Notting Hill Genesis’ Royal Albert Wharf in April 2021. As first-time buyers, the couple were drawn to the riverside development due to its contemporary and spacious apartments and the opportunity to belong to a growing community with outdoor space, arts and culture on their doorstep, and easy transport connections into central London and beyond. 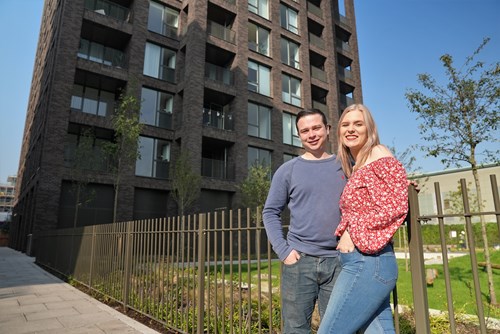 Starting in central, I moved north then east, and then most recently south of the river – I’ve pretty much experienced it all! I decided my last rental experience would be the last – I’ve rented in shared flats, and on my own, and it’s never really an easy process. Buying a house is a big deal, and the Notting Hill Genesis sales team made every moment as easy as possible. It was probably the best experience of buying a house you could possibly have.

Nate works in cybersecurity at Canary Wharf, and Bianca has a career in events in Woolwich. The two made the decision to put down permanent roots in East London which gave them the benefit of an easier commute to work alongside outdoor space, riverside location and a tranquil setting away from the busyness of the city while still being a stone’s throw from central London.

We looked at quite a lot of properties but struggled to find a home that ticked all of our boxes. We wanted to find somewhere that gave us access to open space, fresh air and was close to the Thames, as well as giving us shorter journeys to work. Royal Albert Wharf was the perfect fit.

Perfect for working from home and from the office

The ease of a short commute was one of Royal Albert Wharf’s biggest draws, particularly for Nate, who benefits from the development’s proximity to Gallions Reach DLR Station, just a five-minute walk away.

I used to travel an hour and 15 minutes to Canary Wharf, and now it only takes me 25 minutes door-to-door. I also fly frequently for work – travelling to Heathrow or Gatwick was such a pain and added hours onto each journey, but now City Airport is very convenient and perfect for business travel. Knowing you’re half an hour from your front door when you land makes a big difference.

Along with convenient travel connections, working from home was also a requirement for the couple.

We’re working much more flexibly now and so it was important to have a nice home environment for work as well as access to the office. This is the best of both – we have lovely views over the river and peace and quiet when needed but can also pop into the office at short notice. At one point we were both working from home, and there was plenty of space for us to do that without stepping on each other’s toes. 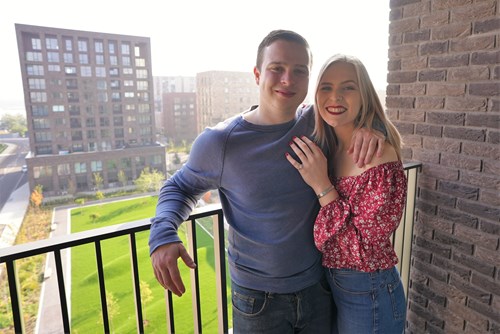 Nate and Bianca moved into a one-bedroom apartment at Royal Albert Wharf earlier this year, and found the space suited them perfectly. For Bianca, large rooms and storage was a deal-breaker.

The apartment is really spacious, light, and bright – the layout is one of the things that encouraged us to buy here. We’d looked at quite a lot of properties within our budget and this floorplan was by far the best use of space we’d come across. It felt so much bigger than homes of a similar size. We were adamant about having enough space in the bedroom, which always tends to be the smallest room in a London flat. There’s also so much cabinet and wardrobe space. 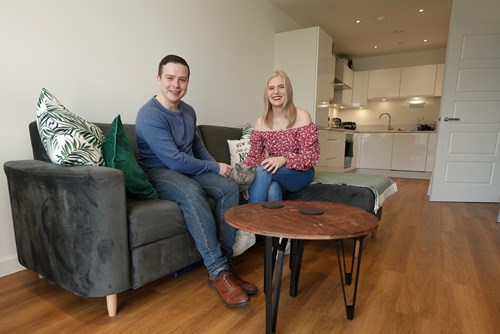 View the full specification for our homes at Royal Albert Wharf.

For Bianca, there was no doubt that Royal Albert Wharf was the perfect home for them both.

When we first came to view the property, we walked in the door and it was by far the best place that we’d seen. I could picture us living in here immediately and plan out where everything was going to go – it was such an easy decision to make.

While choosing a home to live in long-term, the couple were conscious of investing their money in an area with a growing community and plenty to offer.

Normally in London there’s a trade-off between price, commuting distance and neighbourhood, but at Royal Albert Wharf, we didn’t need to compromise like we would have needed to do in other areas. There’s a lovely pub, cafés and supermarkets close by already and plans for more. We’ve started seeing new things around the development like farmers markets and even community events, and independent stores and restaurants like Café Spice Namasté moving in. It feels like an exciting time to be moving here. 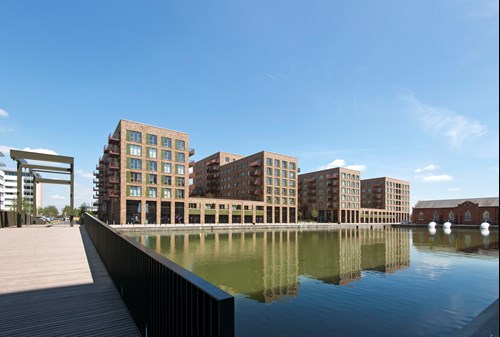 At the weekend, as well as making the most of the development’s increasing amenities, the couple have enjoyed Royal Albert Wharf’s waterside location.

We have friends in Brixton, and we’ve made a point to invite them over to our new corner of London and show them around – they were so impressed! The pub is in such a great place right next to the river with a good selection of beers, and the Thames path is also a lovely place for Bianca to go rollerblading or jogging. 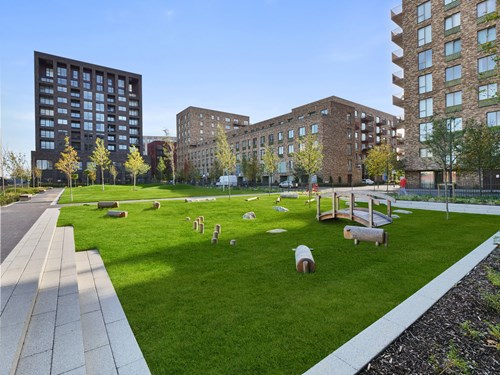 One bedroom apartments are available at the neighbouring and newly launched Gallions Place development from £77,500 for a 25% share.