Canary Wharf and One Canada Square: How it all started

Canary Wharf has become the UK’s biggest financial hub and one of the most iconic features in London’s famous skyline. But life in the Docks wasn’t always this way. Over 12,000 jobs were lost between 1978 and 1983 due to London’s shift away from the blue collar work. The Docks quickly declined from what used to be a thriving place of industry to a derelict land.

This blog takes a look back at how Canary Wharf’s regeneration project started and the key moments along the journey that led to it being the success story we know it to be today. 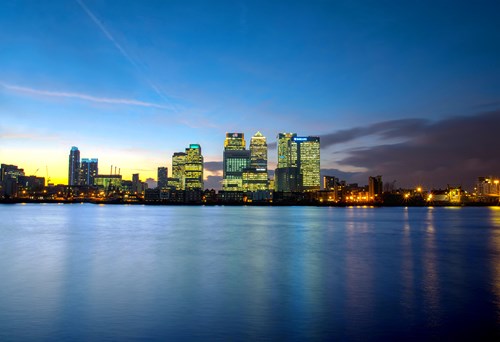 The origins behind the name ‘Canary Wharf’ come from the quay where vegetables and fruits from the Canary Islands were unloaded. In 1981 Michael Heseltine, Secretary of State for the Environment under Margret Thatcher, had set up the ‘London Docklands Development Corporation’ to regenerate the Docklands area. However, due to financial constraints in 1987 Paul Reichmann’s company ‘Olympia & York’ took the driving seat.

It has been an adventurous journey for Canary Wharf over the past 30 years. The timeline below breaks down the main headlines. 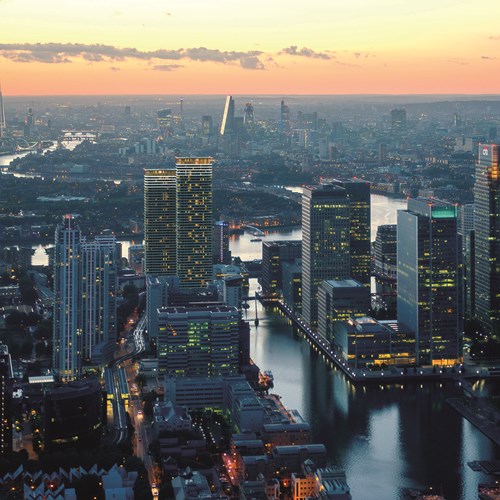 One Canada Square becomes the tallest building in the UK standing at 235 meters.

Olympia & York become bankrupt due to the ‘Property Crash’ and Canary Wharf is placed in administration.

Paul Reichmann buys Canary Wharf back from the Banks for £800m under the new company name of Canary Wharf Limited (now known as Canary Wharf Group), with the help of foreign investors from Saudi Arabia and America.

The property market recovers and the company join the London Stock Market. More firms move to the Docks increasing the value of Canary Wharf.

The daily working population is 42,000

Various tall building projects are completed in Bank Street and Canada Square that makes up most of the skyline in Canary Wharf that we see today.

Canary Wharf Group is taken over by Songbird Estates which is led by Morgan Stanley, ending Reichmann’s 20 year involvement with the project. With various tall building within Canada Square that makes up most of the skyline in Canary Wharf that we see today.

The Shard becomes the tallest building in the UK at 310 meters making One Canada Square the second tallest.

Canary Wharf begins plans to spread east with projections of the number of people living and working in the area set to double within a decade. Crossrail plan to run through Canary Wharf, boosting attraction as it looks to launch in 2018

There's now 16.4 million sqft of completed office space in Canary Wharf. A daily working population of 120,000 along with over 300 shops, bars, restaurants and 20 acres of green space.

The Crossrail - Elizabeth line is delayed to autumn 2019 (and then pushed back again due to COVID-19 and route construction).

Canary Warf based residential skyscrapers South Quay Plaza 1 and One Park Drive join the top 10 tallest buildings in the UK at 215 meters and 205 meters.

View from Dockside at Millharbour

The central part of the Elizabeth line is set to start running in June 2022, with 24 trains per hour in peak hours travelling through Woolwich, Custom House, Canary Wharf, Whitechapel, Liverpool Street, and Tottenham Court Road. With the complete line looking to be complete in May 2023 that'll see trains run from Shenfield to Reading.

Living in a Tower

Canary Wharf is one of London’s greatest success stories, with the interest around and within the area increasing at a rapid rate. Our Able Quay Millharbour and Dockside at Millharbour developments are just a 3 minute walk away from South Quay DLR station and a 10 minute walk away from Canary Wharf tube station. With 2 bedroom apartments available, you don’t want to miss out.

Also to mention central London is within easy reach. You can reach Bank within 18 minutes via DLR from South Quay station and you can reach Liverpool street via the Jubilee line from Canary Wharf station in 33 minutes. The local area boasts plenty to do; See famous acts at the O2, pop to the cinema, hang out in the parks and tropical gardens, see the Cutty Sark, visit museums, and much more.

For further details on owning a Shared Ownership apartment call 0203 815 2222, email us at sales@nhg.org.uk

This blog was originally posted in November 2016 but has since been updated.