The Regeneration of Wembley

Cranes are moving, workmen are digging and heads are turning towards Wembley in North West London. The excitement bubbling in the London Borough of Brent has first time buyers’ heads turning and the primary reason for that is due to the regeneration project taking place in the heart of Wembley. We look into what has caused this sharp increase of interest, from a town mostly known for its world famous 90,000 seater stadium to becoming London’s hottest attraction for first time buyers.

Brent is one of the most diverse boroughs in London with 66.4% of the population being BAME (Black Asian or other Minority Ethnicity)*. There are so many different cultures living in this borough that it is possible to write a separate blog on this topic alone. But to put things in perspective according to the 2011 census there are 149 languages** spoken in Brent.
In 2001, the total population of Brent was 263,500. By 2026, this is set to increase to 359,700 – a 27% increase over 25 years.

Wembley has quietly become one of the most prominent, diverse and attractive areas in London. In 2017, The Brent Council leader, Muhammed Butt, announced that 3,000 homes would begin construction. Butt said, “To have 3,000 new homes under construction in one location this year shows just how in demand Wembley Park is as a place to live and it is comforting to know that with professional management in place, we won’t have a single rogue landlord”.

Have a look at Wembley as the regeneration takes place.

Quitain is one of the teams working on transforming Wembley and it was announced that Wembley Park will be the largest single-site purpose built PRS (private rental sector) development anywhere in the UK. The redevelopment is providing £140 million of investment into a new community infrastructure across Wembley and Brent. With thousands of jobs being generated attracting interest on various levels there has never been a better time to look at Wembley.

Take a look at Quitain’s vision for Wembley Park 2026

If you have been to Shoreditch or Croydon it would be impossible for you to miss Boxpark and the vibrant spirit it brings to the area. In December 2018 Boxpark launched its third and biggest instalment in the heart of the £3 billion Wembley regeneration project. Boxpark Wembley is a world class food, drink and entertainment destination that hosts over 20 street food traders. It also features a 2,500 person events space that can be used for events such as music performances, screenings and football match fan zones.

“They have great student accommodation here so I know the demographic is changing, on top of that you have the biggest stadium in the country, you have the second largest event space in terms of the SSE arena, you have one of the largest shopping centres in the country."

With all the excitement and fun activities in Wembley Central, we have a number of neighbouring north west developments. Oaklands Rise is positioned in a cycle-friendly location of Willesden Junction and the developing Wembley Park is a 22 minute cycle away. There's a stunning selection of two bedroom apartments starting from £102,000 for a 25% share via shared ownership, with residents being able to make use of 24 hour concierge services, landscaped communal gardens and cycle storage. 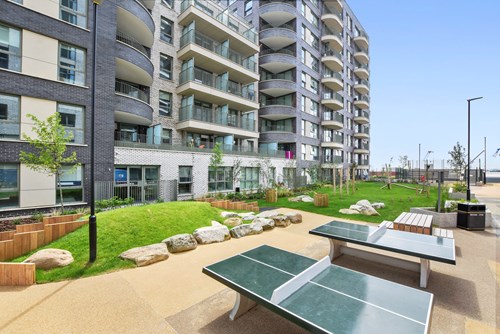 Twenty Millbrook Park is another one of our north west developments, located in the leafy location of Mill Hill, we have just a few remaining two bedroom apartments that all have an allocated underground car parking space and concierge service. Apartments at Twenty Millbrook Park start from £146,500 for a 25% share and monthly costs from £1,911. 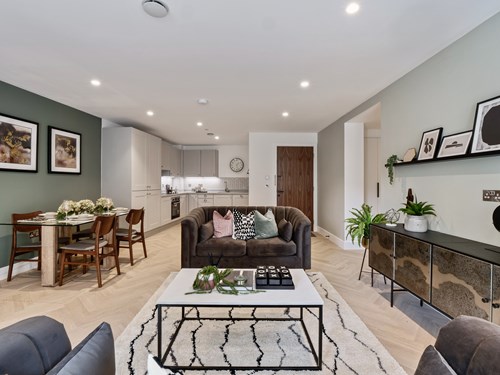 This blog was originally posted in October 2017 but has since been updated.
Header image credit: Cmglee